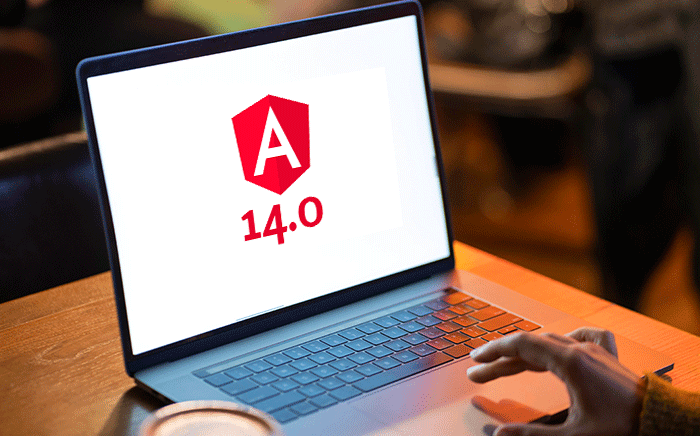 Angular is an open-source, free TypeScript JavaScript framework from Google. The main purpose of Angular stack is the development of Single Page Applications (SPAs). It is also useful in creating large applications that are easy to maintain. Developers love the standard structure of Angular, and Google has been releasing updates to its original framework.

The latest release is Angular 14, which has many new features and updates that have changed how Angular components are written. It was released on 2nd June 2022. The new version enables any software development company to build lighter and faster applications. This article dwells deep into the new features and updates that greatly help in delivering application development services.

Many developers were unhappy with Angular 13 because Route.title must be added to the router. Angular 14 eliminates this need as the Typescript framework now automatically titles all important on respective pages. The new API simplifies service creation with injectable services.

Standalone components are introduced to put an end to NgModules. However, modules are not obsolete yet. They are provisional to ensure compatibility.

Standalone components are customizable, and they can work with various app features. Before Angular 14, every component must be associated with a module. Also, the entire application would fail if any parent module’s declarations were not appropriately linked with every component.

To create a standalone component, use the following code:

Developers can also create multiple @Components and add them to the same file.

The Strictly Typed forms feature makes creating front-end applications a little bit easier. This new feature allows developers to enforce a strict form of types using Typescript. Each field will be strictly checked against its type before submitting and validating. The new improvements are:

To incorporate this new feature, developers can use the auto migration option for existing applications. The new update will not affect template-based forms.

This feature facilitates auto-completion for Angular Command Line Interface (CLI) commands. It uses the Intelli J IDEA plugin and TypeScript definition files. Developers can choose TypeScript or ECMAScript based on their preference.

It greatly improves productivity by cutting down the time required to enter every command. Autocomplete feature also helps new developers using Angular for the first time. Automatic tab completion is enabled by default in the editor window.

First, developers must execute the ng completion command. Then, they can start using auto-complete by typing ng and pressing the tab to see all the options. Then, press enter to choose one of the options.

The ng template debut, more common with earlier versions, is removed. Angular 14 has a new diagnostic method known as ng-template-error. It will print the wrong code with the error message that the app throws during runtime.

Include the following @Output decorator for components to use this new diagnostic:

The new diagnostic features help developers to catch errors during compilation. The team is already working on creating concise and helpful error messages to support template debugging for developers.

Angular 14 allows title tag customization of web pages from within the <head> tag on the stylesheet. The HTML can be used to create additional context. There is no need to assume that the <div> tag’s title property is accessible. There will be fewer exceptions with <div> elements.

With Angular 14, use a simple API to access page title.

Latest  Primitives In The Angular CDK

Angular Elements – New HTML elements can be used inside components or as standalone <div> elements. They are based on ShadowDOM APIs in V8.

The new update also has the following new primitives:

The Angular DevTools debugging extension is now available as an add-on for Mozilla Firefox users. It enables offline mode usage.

Angular 14 update gives additional control over reusable components. A public API surface is used for it. The built-in enhancements connect to protected components directly from templates. It allows developers to use CLI to deploy small code without reducing value.

Robust error codes are introduced in Angular 14 to identify and rectify failures. Tree-shaking production bundles are new to the latest version. Developers must refer to the manual while debugging in real time. It is possible to use this new style in future versions.

Angular template diagnostics can result in errors for nullish coalescing operators. This can happen when the null or nullable type is unavailable for input. The extended diagnostics provides warnings during the ng build and serves processes. This warning frequency can be customized by changing error, suppression or notice settings in tsconfig.json.

How To Install The New Angular 14?

To install Angular 14, use npm along with the next flag. Then proceed with opening a new CLI. To install the Angular update, use the command npm install –global @angular/[email protected]. This command is useful for installing Angular CLI globally on the development machine.

To make the development process simpler, hire the services of an app development company with expertise in using the Angular framework.

Apptread is a software development company that helps SMEs and enterprises with tailor-made IT solutions. Contact us to digitize your business operations using our application development suite and expert services.