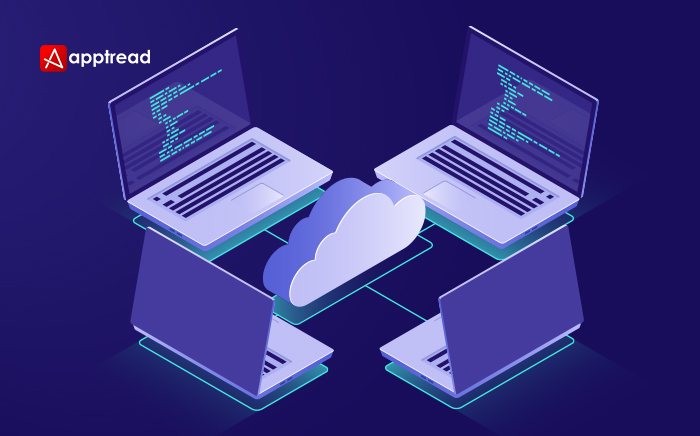 Serverless Architecture is a software design that lets its developers build & run applications without having to manage the traditional server infrastructure. Your apps would still operate on servers, but a third-party service provider would administer the servers. It also offers a means of eradicating architectural technologies from your burden, scaling, and sustaining large servers.

One of the primary advantages developers attain with serverless architecture is that they can turn their focus on developing the product. Server management or operation is no longer necessary now. Handling physical servers and network configuration will now be done by the vendor instead of your staff.

A few other benefits of serverless architecture are stated below:

Serverless application architecture is like a “pay-as-you-go” plan, where you only pay for what you have used. The cost of maintaining servers ceaselessly which squandered a lot of money has gone. These cloud providers charge on a per invocation basis, so developers will only be paying for what they are using. Some services are so accurate that they break their charges into 100 milliseconds increments. In contrast, the developers have to contemplate how much capacity will be required and purchase it, even if they don’t end up using it. According to research conducted by OpsRamp, 47% of IT professionals believe that 30% to 50% of IT costs are reduced by implementing cloud technology.

Consider how bizarre it would be if banks suddenly reduced and increased lending rates throughout the day. However, this is what the serverless application framework is capable of. Applications created using serverless architecture will automatically scale as their user base grows. Within the bounds of concurrency limitations, functions of many instances are automatically created and performed based on traffic changes. A serverless application may manage a large number of requests as well as a single request.

Developers that are already employing serverless architecture to simply deploy their code and not manage any servers will be able to focus more on coding, expedite delivery cycles, and scale up the company’s operations. If you need to launch an application quickly, serverless may be the way to go. Instead of months, you might deploy an app in a matter of hours or weeks.

Serverless architecture is not flawless, but it is still in development and may not be fit for adoption. Implementing a serverless approach takes much attention and knowledge, however, there are a few considerations. The new term has encouraged many people to jump in headfirst without fully grasping the possible flaws that would necessitate critical thinking in order to capitalize on it.

Some limitations of serverless architecture are listed below:

Networking: The downside is that serverless functions are only accessed as a private API. To access these, you need to configure the API gateway. This does not affect the price or process, but it does mean that it is not directly accessible via regular IPs.

Long Running Inefficiencies: Running tedious workloads for a long time can be costly in a serverless architecture. Using a traditional server in the longest running of the server is optimal and economical. It may cause financial exhaustion if used for longer runs.

Dependency on Third-Party: You are completely reliant on the supplier with serverless architecture. You do not have complete control, and changes may influence you without your knowledge. Because cloud service providers have control over the underlying infrastructure, they cannot be changed or adjusted to our exact requirements. If a hardware breakdown, data center failure, or other issue impacts one of your servers and you are completely reliant on your cloud provider to repair it.

Security Concerns: Security testing companies have shown that wrong settings and misconfiguration of cloud services are common. As a result, it may be used to attack serverless architecture and leak critical information. Attackers might interrupt application logic and cause privilege escalation or denial-of-service attacks by changing the application flow.

If you are searching for a technology partner to assist you in integrating your serverless architecture into the concepts for your app, then contact us at Apptread to reach out to our team of specialists who can assist you well.