What is the Need for Successful Developer-First Application Security? 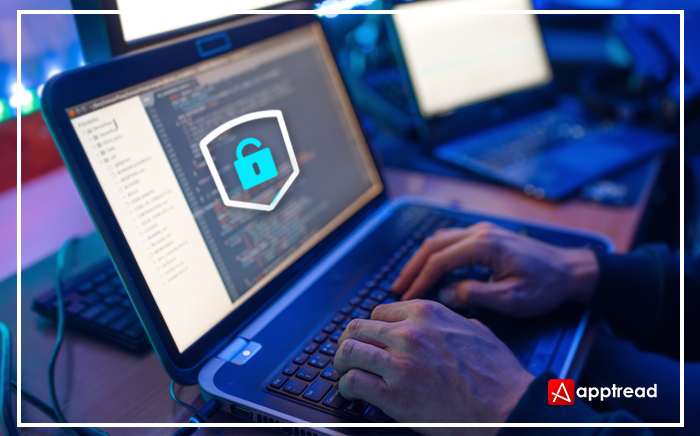 For application developers, speed is the new normal. Every industry today has an insatiable need for new or improved apps that speed up production, solve problems, and improve organizational agility. Such demands force software developers to provide products more swiftly. The pressure on developers to meet deadlines is increasing as the release cycle gets shorter and shorter. Given the conditions, a software developer has little or no time to focus on other vital topics such as Application Security (AppSec).

Once all the noisy report results are sorted by the security team, they return restoration proposals, developers must halt their forward progress and return to what they were working on days, weeks, or months ago to take the necessary steps.

As per a survey hosted by TechBeacon, when asked what could be the most influential option for improving their application security program, the majority of AppSec practitioners were in the support of the idea that a developer-first practice for app security can remove the bottlenecks from the app pipeline. Keeping the overall process smooth and efficient.

The top replies were to find ways of decreasing the friction between the two teams, developers and security experts. The enhanced communication between these teams is a significant benefit of a developer-first app sec environment.

The ability to synchronize the work of development and security teams is dependent on adopting a developer-first approach to application security.

Here are a few promenade tips organizations need to follow for building effective software using the developer-first approach to AppSec.

The software development process and application security are deeply interconnected with each other. In order to be successful in any app security program, it is essential and should be a mandatory task for security experts to gain an in-depth understanding of how the developers work.

Running scanning tools to find vulnerabilities is insufficient for AppSec teams. They must understand how software development teams operate, what technologies the organization employs, how developers do iterations, and how resources are allocated. This method assists your security experts in better understanding the processes and tools that they will need to be acquainted with.

It is critical for security leaders to view the big picture of development so they can understand how their actions and decisions affect the efficiency and quality of the developer’s work product. All forms of cross-functional teams foster a collaborative culture.

Empowered with a full understanding of the topics covered in step one, security and development executives can collaborate to identify when and how to undertake security risk assessments, threat model activities, architecture reviews, and deploy their inventory of security mechanisms.

Threat modeling should be performed early in the design phase or whenever critical software designs have been altered. Although it is easy to run security tools and scans after development, integrating the findings of these tests as part of a CI pipeline is far more efficient and productive.

The team leaders, for instance, may elect to perform threat modeling exercises early in the design process and then again after making significant modifications to the code. This combined task force of team leaders may also develop policies and schedules to execute hazard identification and architectural reviews strategically at key points throughout the software development life cycle while scanning for weaknesses.

When developers are active in the security process and have a stake in the outcome, there is less potential for inter-team conflict and disagreement.

Encouraging Developer Teams to be Self-Sufficient

The difference between the number of developers and security engineers is growing at an exponential rate in most software development organizations. With low team members, security leaders face difficulties matching up with the pace of software development and falling short at a higher speed.

Ultimately, it’s a matter of numbers: the number of developers in most firms continues to outnumber their security equivalents. In large firms, it is not uncommon to find 100 developers for every app sec engineer. Look at the ratio of 100:1.

As a result of this asymmetry, developers must control a big portion of app security. Leaders in security testing within the ranks of developers who require just minimal cooperation from the app sec team can assist in shifting security to the left. And also, they must make it clear that software developers or software development service providers are responsible for the security aspect of the code they write and assist them in succeeding. To increase adoption and accountability, enterprises should focus on delivering modern, developer-first tools and straightforward processes.

Is Developer-First Strategy the Future?

The continual involvement of development teams to own more aspects of security testing and remediation, application security teams must change to provide security expertise for tackling complex challenges while maintaining supervision of the developer teams’ security performance.

The development team may be in charge of a few security tasks but the team of security experts will remain the experts in making risk-based choices and pushing security compliance across development teams.

In order to reduce roadblocks in the software delivery process and meet project deadlines, CISOs need to focus on removing the friction that is present between the development team and the AppSec team. By taking the first step of integrating application security into the developer’s workflow, they could reduce this friction.

A developer-first strategy is required to achieve security at scale, ensuring that security processes are simple for developers so that they can focus on producing outstanding software. Only then will app security teams be able to focus on higher-value strategic tasks.